Tunes and songs from guests at 12 noon at the Bell & Jorrocks 26th March•  Afternoon workshops at the Memorial Hall on stepdancing and old-fashioned dancing led by Kerry Fletcher and Rosie Davis (learn the Veleta, the Palais Glide and the St Bernard’s Waltz) • An atmospheric and old-fashioned social evening at the Memorial Hall including songs, games, music and old-fashioned dancing to the music of the Gun & Spitroast traditional music class, friends and guest artists (tickets will be available from the village shop) • The end of the month free B&J session on the Sunday evening with special guests Peta Webb and Ken Hall • Invited weekend performers include Will Duke, Andy Turner, Annie Dearman and Steve Harrison, and Peter Collins. 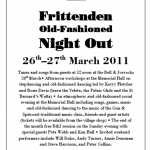 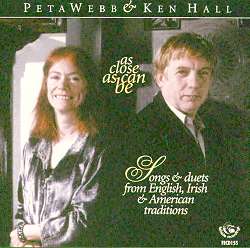 Peta Webb is a Londoner with an Irish background, formed her highly-acclaimed individual vocal style through the influence of Irish traditional singers especially Margaret Barry, Sarah Makem and Sarah and Rita Keane. Peta believes firmly in the importance of learning directly from traditional singers wherever possible and has taken part in many collecting trips. With Ken Hall she now runs the successful Musical Traditions Club in London, which has a policy of presenting traditional singers.

Ken Hall, originally from Liverpool, started singing at the Islington Folk Club in London and was much influenced by Bob Davenport, Reg Hall and the traditional singers he heard there. He later developed an interest in the Northern Irish singing style of Joe Holmes and Len Graham , Kevin Mitchell and Roisin White. Ken has a fine voice and has a reputation for introducing in England the satirical and humorous songs of Sean Mone and others in the ongoing Irish songwriting tradition. 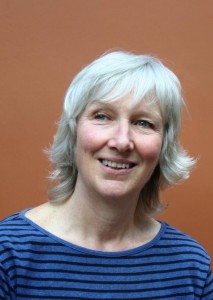 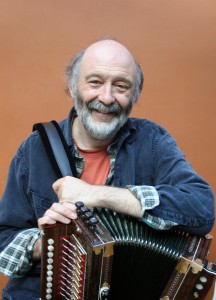