We’ll be starting the workshops on the 18th September, btw… 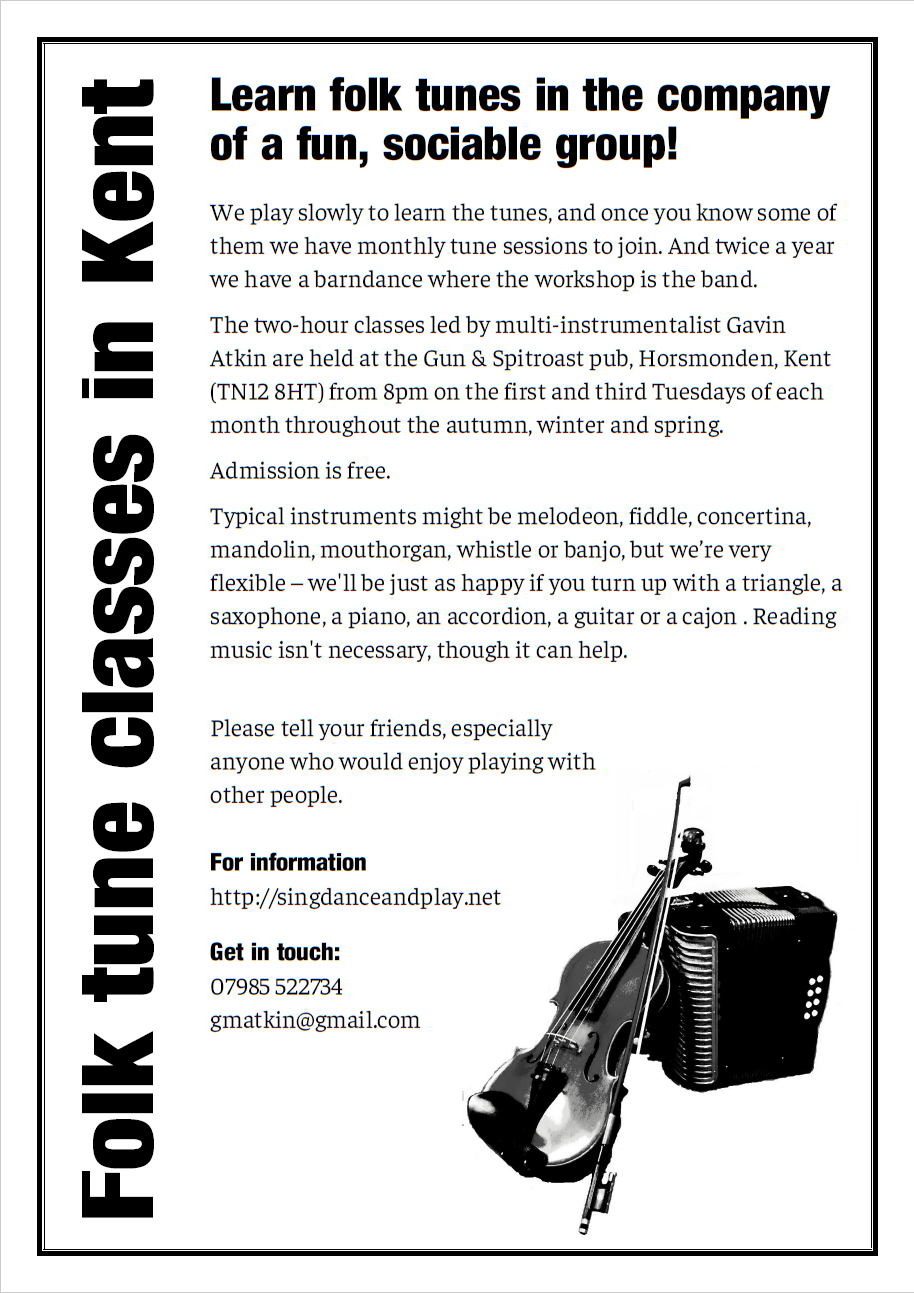 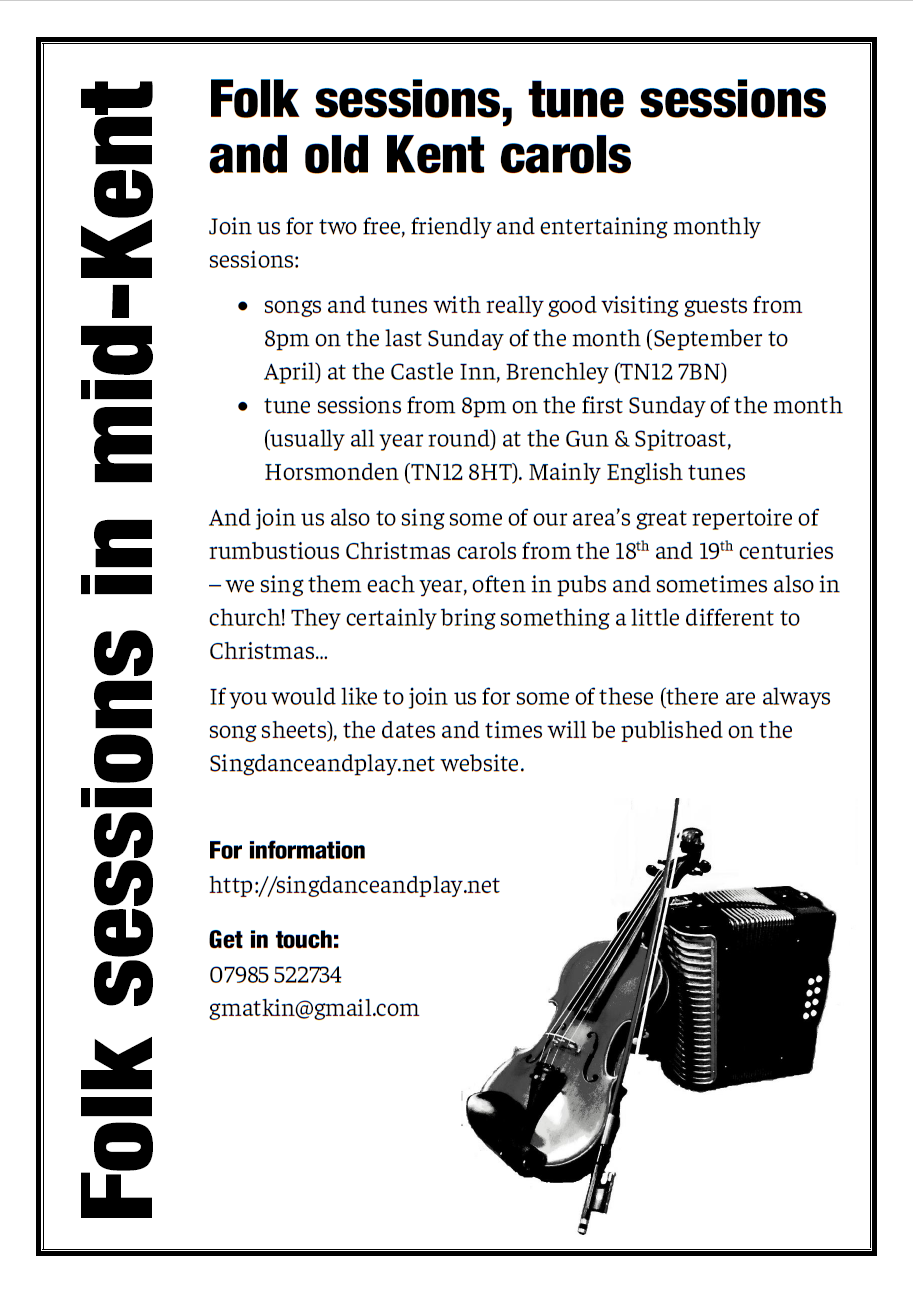 • The first Sunday tunes session on the 2nd September IS ON – but it will be in the back room at the Marden Village Club because the Horsmonden Gun is booked for a private party. We’ll have to sign non-members into the Marden club (unless they are members of an affiliate club), but once inside you’ll find it a comfortable place. The session will run from 8pm, and we’ll be playing mostly English dance tunes familiar from sessions around the country, and many of which we’ve learned and practised at the regular free workshops
• The end of the month mixed songs and tunes sessions at the Castle Inn, Brenchley, start again in September after the long summer break. We have the lovely Will Allen lined up to be our visiting friend on the 30th September from 8pm, followed by Di and John Cullen on the 28th October and The Tonic on the 25th November
• The first tunes workshop at the Gun is scheduled for the 18th September (we’ll be working on tunes for the November dance)
• The autumn dance at the Brenchley Memorial Hall will be on the 24th November
• And look out for news of carolling practices and sings in emails and on the website… The dates we’ve booked for carol sings at the Stilebridge are the 20th and 28th December, but no doubt there will be more events!
Singdanceandplay.net 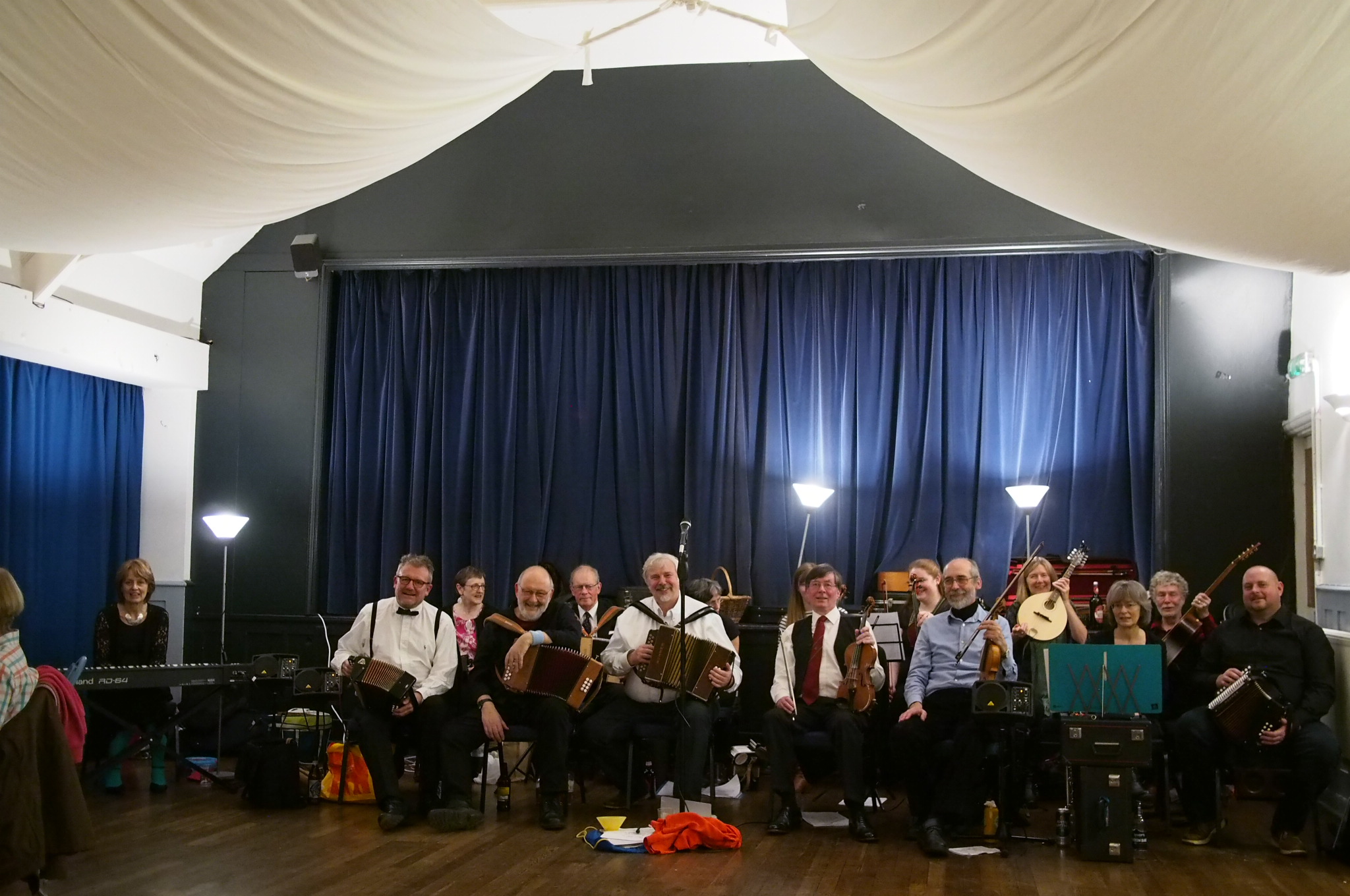 The workshop season starts again at the Gun & Spitroast, Horsmonden at 8pm on the 18th September. We’ll be working towards the autumn barndance on the 24th November.

The tunes for the first workshop are on the website now!