Something someone said about Jody:

‘You can’t do that on the concertina! Well, maybe you or I can’t, but tonight’s opener Jody Kruskal can. Jody is known in the contra-dance world as a wizard of the Anglo concertina as part of numerous bands including Grand Picnic and Squeezology. But as a solo performer, he applies the little squeeze box to the most unlikely of songs, including blues, ragtime, jazz, and novelty numbers to marvelous effect.’ 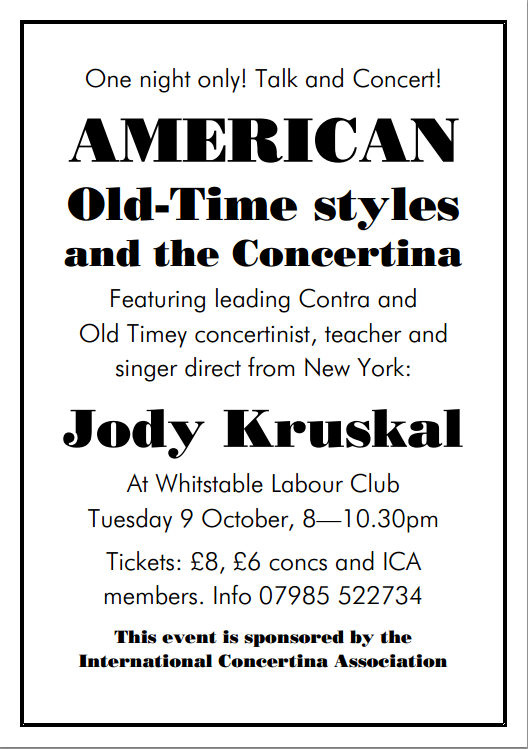